The Elaboration Likelihood Model illustrates that ideas can be formed and changed along a continuum from low elaboration (low thought) to high elaboration (high thought). There are two basic methods to persuasion based on the polars of the model. All advertising and promotional campaigns can be classified along the continuum based on the content of the campaign.

The central route addresses a high elaboration approach. It is appropriate to use this method for products or services that are generally considered high involvement purchases, and typically, this method requires careful evaluation of a persuasive communication and analysis of its merits by the audience. This approach is generally used for products or services that are promoted through their numerous features simultaneously. This technique is typically illustrated in truck commercials, gadget/tech products, and real estate listings such as this one. The listing includes renderings of the home and landscaping (which at the point of production had not been built). It lists several property features  and contact information for the realtor. A few peripheral elements are present in the inclusion of  Dendrobium Orchid Blossoms, sky blue Aloha, and absence of black, which is typically a font color on real estate listings (too formal for Hawaii) These elements give the listing a light, tropical feel. 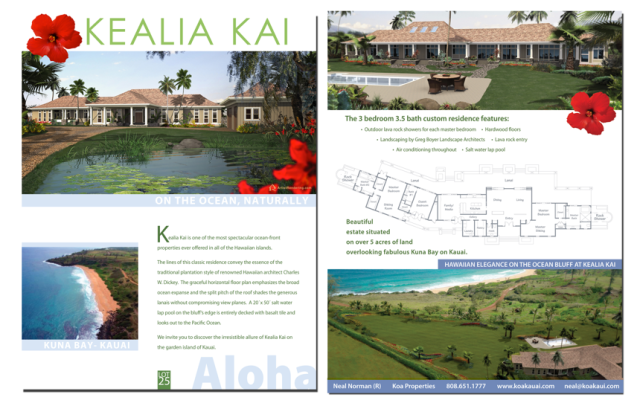 An example of a campaign that uses both central and peripheral routs in its content is a political advertisement for Proposition 2 (http://uncaged.yesonprop2.com/). This advertisement is exceptionally long for a television ad, it lasts one minute and fifty-three seconds, and was sponsored mostly by the Humane Society. The ad features a cartoon pig singing a parody of Stevie Wonder’s 1973 hit “Superstition.” The lyrics in the commercial describe the positive impact that proposition 2 will have on most farm animals, and also illustrates the tolls that current conditions take on the quality of life of these animals. Central route methods include relatively detailed descriptions of current factory farm conditions for chickens, pigs and cows, and how the amendment will improve the quality of our food, it names some organizations that support the proposition (including independent family farmers) and a website to find more information on the issue. peripheral elements are the cartoon illustrations and the cleaver parody of Stevie Wonder’s “Superstition.” It also uses the slogan “Stop Animal Cruelty,” when the actual title for the proposition is “Standards for Confining Farm Animals initiative statute.” This ad is a rather balanced example, and effectively applies both approaches to the campaign (proposition 2 passed in California, where voters approved the historic ballot measure to halt the inhumane confinement of animals on factory farms by an overwhelming margin). 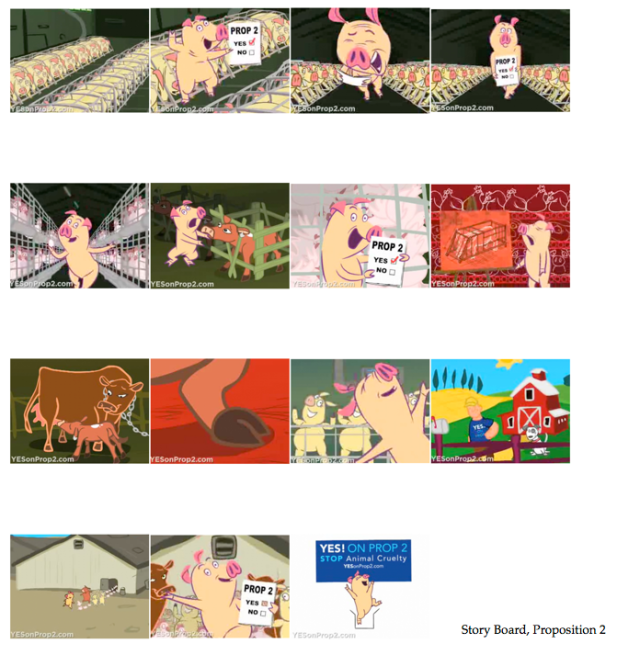 A peripheral approach involves low elaboration of the message, with little cognitive processing of the merits of the actual argument presented. This processes often relies on environmental characteristics of the message, like the perceived credibility of the source, quality of the way in which it is presented, the attractiveness of the source, or possibly a catchy slogan that contains the message. This is an example of a peripheral ad series. Its target market is high school students in my graphics design II class. The ad features a digital model of a torso (created in Adobe Illustrator) and a pair of blue jeans that was scanned into Photoshop and retouched. The slogan involves obvious puns on the words sly, wild and hip. The Dark Blue logo was designed to mimic characters from the popular Tim Burton film, “Nightmare Before Christmas,” with a manic-pop-thrill kind of font. The torso echoed CG images from the movie “Final Fantasy,” where all characters were photorealistic CG models. The ad appeals to the students’ pre-existing interests, not their evaluation of blue jeans. The content of the campaign is that if the students like the elements of the ad, they will like the jeans. 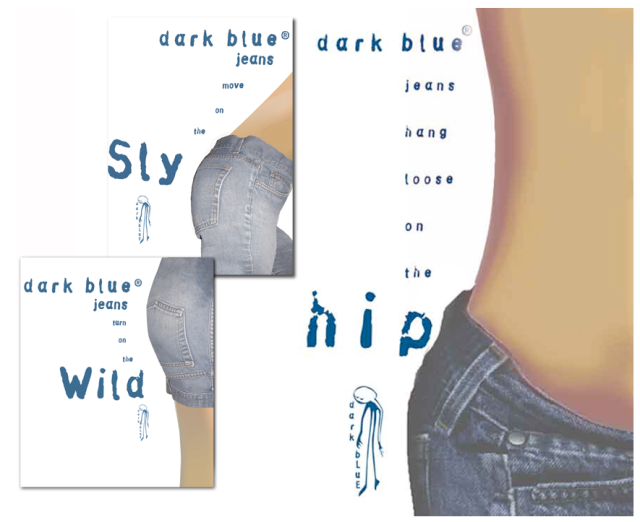